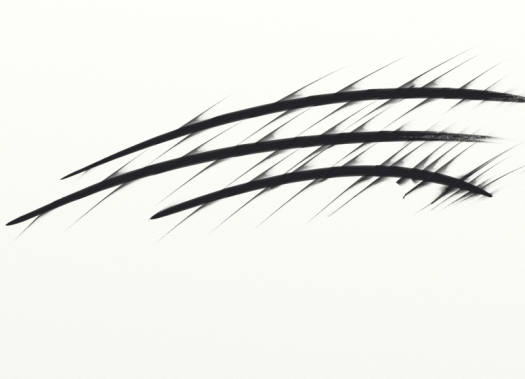 My friend Charles coined a phrase “Calligraphy of God”

He quotes Gyorgi Kepes to explain the idea.

Seen together, aerial maps of river estuaries and road systems,
feathers, fern leaves, branching blood vessels, nerve ganglia,
electron micrographs of crystals and the tree-like patterns of
electrical discharge-figures are connected, although they are
vastly different in place, origin, and scale. Their similarity of
form is by no means accidental.

He was reminded of this notion with some of my sketches, and asked for more in the style of “Drumbeat”, which is one of my favourites. (I have more in the style among the “Abstract” Category). At his request here are a few more.

More thoughts on this follow, with quotes from Pollock, Kandinsky and Harold Rosenberg on Action Painting.

So how is it then that as I doodle patterns emerge that are both of my making and that at the same time reflect something of the patterns of the world. Pollock was onto it.

Quoted by Lee Krasner in an interview with Dorothy Strickler (1964-11-02) for the Archives of American Art, Smithsonian Institution [1]. In Krasner’s words, “When I brought Hofmann up to meet Pollock and see his work which was before we moved here, Hofmannâ€™s reaction was â€“ one of the questions he asked Jackson was, do you work from nature? There were no still lifes around or models around and Jacksonâ€™s answer was, ‘I am nature.’ And Hofmannâ€™s reply was, ‘Ah, but if you work by heart, you will repeat yourself.’ To which Jackson did not reply at all.” The meeting between Pollock and Hofmann took place in 1942.

Acts of Nature, acts of God.

I am enjoying a paper by Harold Robbins Here are three quotes:

The painter no longer approached his easel with an image in his mind; he went up to it with material in his hand to do something to that other piece of material in front of him. The image would be the result of this encounter.

If a painting is an action the sketch is one action, the painting that follows it another. The second cannot be â€˜betterâ€™ or more complete than the first. There is just as much in what one lacks as in what the other has.

What matters always is the revelation contained in the act. It is to be taken for granted that in the final effect, the image, whatever be or be not in it, will be a tension.

I don’t go with the idea that it is all just action. I think there is consciousness too, aesthetics. Part of the art is deleting the ones that don’t “work”. Kandinsky, while he was all for the work in itself, he added consciousness, that gives me hope:

I would remark that, in my opinion, we are fast approaching the time of reasoned and conscious composition, when the painter will be proud to declare his work constructive. This will be in contrast to the claim of the Impressionists that they could explain nothing, that their art came upon them by inspiration. We have before us the age of conscious creation, and this new spirit in painting is going hand in hand with the spirit of thought towards an epoch of great spiritual leaders. 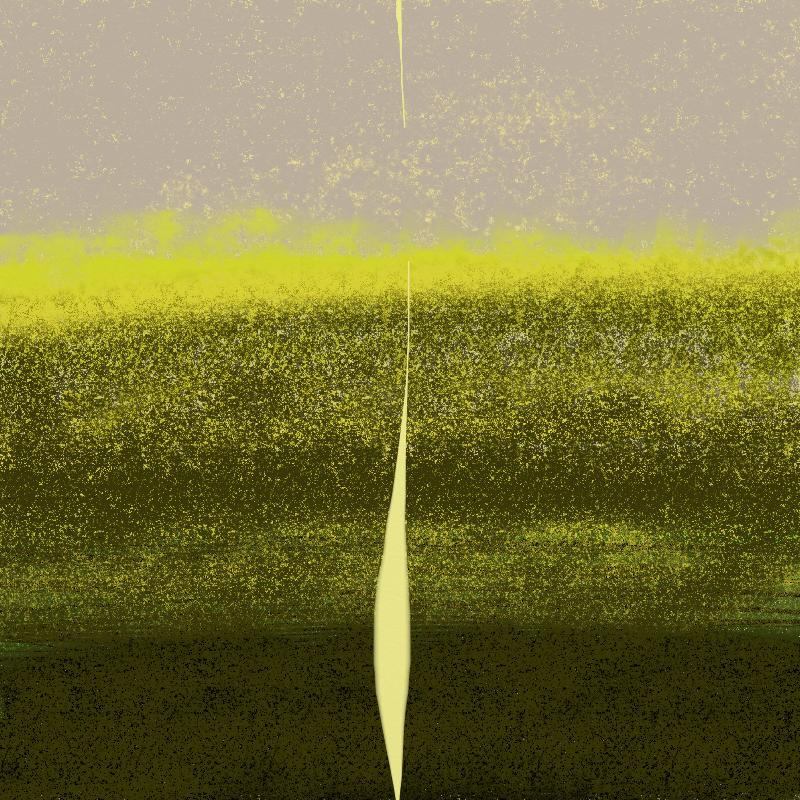